Summary: To mark the 3rd day of counting the omer, I’m reviewing the movie Paul: Apostle of Christ. It was enjoyable but lacking; a movie about early Christianity omits the reality that early Christianity, and indeed its primary apostle, was Jewish. 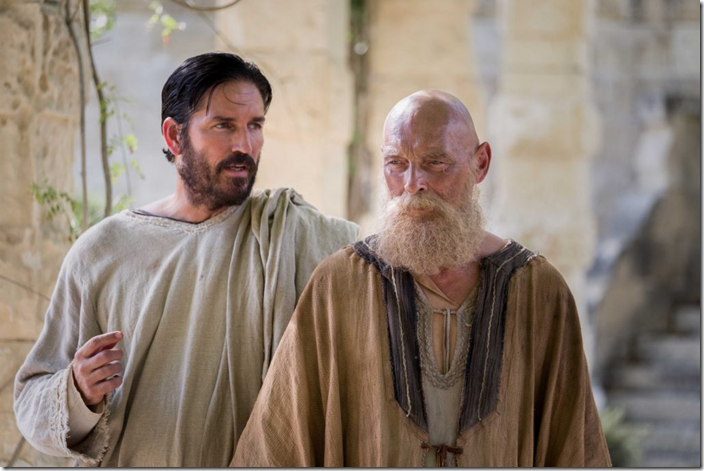 I recently saw Paul, Apostle of Christ with some friends. I’ve been studying Paul for over a decade – and I’m currently in the midst of a comprehensive teaching of Romans to my local congregation, currently on part 10 of about 70! So, Paul is an interesting topic to me.

Going in with low expectations, Paul: Apostle of Christ exceeded them.

While there were parts of the acting and dialog that were poor and even cringe-worthy – I am thinking of scenes in the Roman tavern especially — the finale was strong and stirring, as Paul headed to his execution and gave a moving farewell to Timothy. It was enough to say I enjoyed the movie.

But theologically, there were problems to be sure.

The movie ignores Jews, Judaism, and the Jewish roots of Christianity. Despite the film centering around Paul, the Jewish disciple of the Jewish Messiah Jesus, and the Roman community founded and headed by the Jewish couple Aquila and Priscilla, the early Christianity portrayed in the film is distinctly non-Jewish. 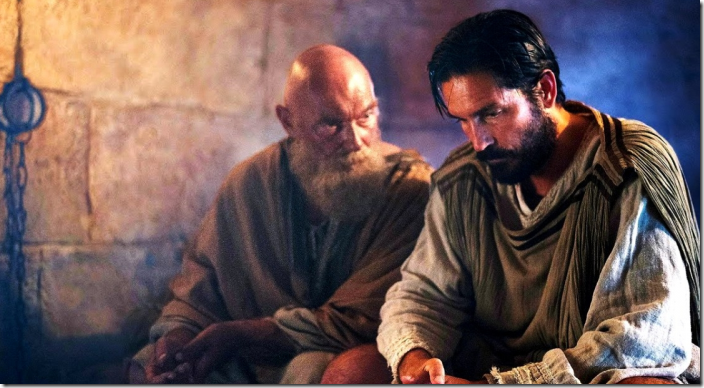 Showing Paul the Jew following the Jewish Jesus alongside the Roman community practicing the Way – a Messianic sect of 1st century Judaism – would have both added historical authenticity, renegotiated traditional lines between Judaism and Christianity, and helped Christians think deeper about their faith and their relationship to Jews.

But the film didn’t take such a bold leap.

The only Jewish element I noticed in the movie is when Paul recounts to Luke about his time as a Pharisee in charge of rounding up believers. During his retelling, we see a group of tzitzit-clad men stoning Stephen.

It’s not to say the movie was anti-Semitic – in our tragic history, early Judaism did persecute early Christians, and later Christianity did persecute Jews – but it is to say the movie ignores the reality that Christianity at its founding was a Jewish faith. Even the idea of a Christ, a Messiah, is a Jewish concept and expectation. Yet none of this shows up in Paul: Apostle of Christ.

After these things, Paul left Athens and went to Corinth. There he found a Jewish man named Aquila—a native of Pontus having recently come from Italy with his wife Priscilla, because Claudius had commanded all Jewish people to leave Rome.

One wonders that if the Roman Christian community was not Jewish, as the movie portrays, how is it that its Jewish leaders Aquila and Priscilla were removed during the Jewish purge under Emperor Claudius, as recorded in Acts 18? Had Aquila and Priscilla had appeared as non-Jewish as the movie shows them to be, they would never have been ousted during the purge of Jews from Rome.

Overall, I liked the movie; the end was stirring as Paul gives his farewell letter to Timothy. It’s probably unreasonable to expect modern Christian movies to portray early Christianity as Jewish. In that regard, we have a lot of work ahead of us to restore the Jewish roots of Christianity.