“The midwives of the Hebrews, fearing God, refused to do as Pharaoh had commanded; they let the Hebrew boys live.”

“Fear of God is necessary to make a society of moral individuals. Of course there are moral atheists, just as there are moral pagans, and moral individuals in even the worst cultures. But you cannot build a good world with a handful of individuals who happen to be good people. You need a universal moral code from a universal God Who is the source of that moral code, and this God must judge all people accordingly. Consequently, “fear of God” is as inevitable as it is necessary. If God judges how moral we are, of course there will be a fear of Him – just as there is of a human judge. Conversely, if God does not judge people, there is no reason to fear Him.

In our time, many people invoke the commandment to love God but ignore or even disparage the commandment to fear God. While many God-believers will engage in heroic self-sacrifice out of love of God, most God-believers are moral on a day-to-day basis because they believe they will be judged by God. That’s why, for example, in traditional Western societies, the finest people were routinely described as “God-fearing,” not “God-loving”

This fear is what gave the midwives [of the Hebrews in Egypt] the strength to carry out what is, as far as we know, the first recorded act of civil disobedience in history. Indeed, fear of God explains why a disproportionately high number of dissidents in totalitarian societies have been believers in God. When I visited the Soviet Union in 1969, I smuggled out a Soviet Jewish dissident song whose lyrics included the words: “I fear no one except God, the only one” (“Nye byusa nikovo krome boga odnavo”).

Those words were all the more remarkable in that the vast majority of Soviet Jewish dissidents were not religious. But they understood the simple moral and logical fact that if one “fears no one except God,” one can muster the courage not to fear a totalitarian state.  And these simple words also explain why totalitarian states like the Soviet Union so feared and fought against belief in God. Because belief in God posits there is something higher than Party, it constitutes a fatal threat to secular totalitarian societies. It’s why North Koreans have been horribly punished for owning a Bible.” 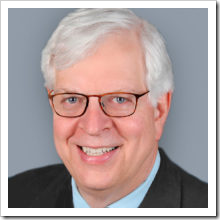