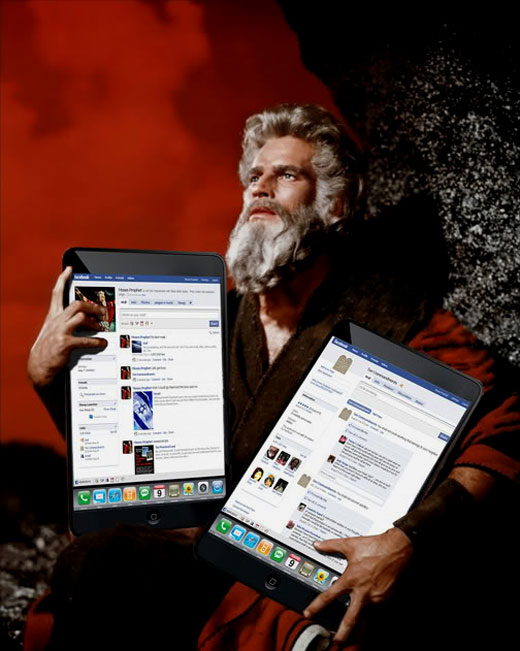 The Torah was given 3500 years ago; it’s filled with things that are directed toward ancients. Things like:

This is just a sampling; there are dozens of other commandments that, while they were important in the context of ancient Israel, are far less important now.

In fact, we religious people don’t keep many of these commandments. Faithful Jews and Christians don’t practice levirate marriage today, for example; there’s no need.

The corollary is, the Torah doesn’t address modern problems. For example,

Since the Torah doesn’t address such questions, we’re left to do our best to apply them in principle. Orthodox Judaism defaults to the most stringent application: no, we cannot drive on shabbat. Meanwhile, leftist streams of Judaism and Christianity all but dissolve the Torah; replacing it with a humanistic whatever-feels-good morality.

In the Messianic movement, most of us take a more pragmatic walk: yes, wear tzitzit in whatever way you can, because the principle is remembering God’s commandments, not whether you have 4 corners on your garment. Yes, you can eat clean animals even if cooked at a non-kosher restaurant, because contamination is a reality of the world.

Is the Torah irrelevant?

Liberal and leftist streams of Judaism and Christianity look at all this and say, “All those laws were for a different time, and need not be kept today.”

This isn’t to say the Torah is irrelevant. The values of the Torah are eternal; codifying a divine moral system in which murder, rape, and cruelty is immoral, while legislating care and provision for widows, orphans, and the poor.

And this is true historically. The values of the Torah set the stage for Western civilization, and enabled further moral advancements. For example, it was British and American Christians who, informed by the Biblical value that all men are on equal standing before God, abolished slavery. The whole world followed suit, and here we are a few hundred years later and slavery has all but disappeared.

Since we’ve achieved moral advancements built atop the Torah would the Torah look differently if God revealed it today?

This question came to mind while watching Ben Shapiro, an Orthodox Jew and political conservative, engage in a discussion with an atheist at a secular university. Here’s the engagement in question:

Student: You had a great discussion with [atheist author] Sam Harris on your show about ignoring certain doctrinal texts, yet still believing in ideas like revelation.

Student: My question is, if you truly believe in the supernatural side of monotheism, why is it OK to perform, as you describe it, an “ongoing dialectic” – over time, pick and believe certain piece of doctrine, when you realize that the original parts were from an omniscient Being.

Ben Shapiro: So the answer that I gave Sam Harris, is that the omniscient Being, in this case God, gave us flawed human beings this book. This book was directed at a certain time and place. The people living 3000 years ago didn’t have the same education and values, the same evidence, the same scientific knowledge. They didn’t have the same 3000 years of development we’ve had since Sinai – and so God was speaking to a specific people at a specific time.

So a lot of the commandments are specifically directed at converting people away from more primitive practices to less primitive practices. To take an example, animal sacrifices. We now look at them and say that’s really primitive, pretty terrible. [Medieval Jewish sage] Maimonides puts this forth in 1100 [AD], this idea that there were pagan practices in which animals were slaughtered on behalf of pagan gods. And the idea was that you were appeasing these gods, and that these were use of animal sacrifices for perverse purposes. People weren’t willing to give up the perverse purposes at that time, and God knew that, so God converted the use of those purposes to the worship of Him.

Here’s the point. God didn’t just say to human beings, “Here’s the Law, I mean exactly what I say, forever, on these areas, without regard to what human beings are.” God injected an enzyme into human development. That enzyme, in my view, is revelation. And without that enzyme, there is no catalyst for Western civilization… Human beings using their reason and logic to apply eternal principles to new circumstances and new evidence over time.

The question the student poses is, if the Bible is from an omniscient God, why is it OK to not keep certain commandments?

Shapiro’s answer is that God gave the Bible to an ancient people with the understanding that people must interpret the Bible in new circumstances and evidence that would later arise. So while the principles of the Bible are eternal, circumstances may arise that change our application of those principles.

The principle to care for widows, orphans, the poor, women and children are eternal. But how we care for them looks different than 3500 years ago. (For example, we don’t leave the corners of our harvest fields for the poor, since many of us don’t have fields. Instead, we might give directly, or to charitable organizations that help the poor.)

The principle behind the commandment to create guardrails on the roof – to make homes safe for those in and around it – is eternal, but keeping it might look different in today’s culture.

Yes, a hypothetical 21st century Torah would look very different, but only in application. The eternal principles behind the application would remain the same.

Does this mean God changes? No; it means God gave an ancient people a law code – a civilizational document – for how to live good and upright lives. The principles behind this remain the same, even if applying those principles looks different 3500 years later.

Does this mean God wasn’t omniscient, or does this disprove divine authorship of the Torah? No; it means God was omniscient to the extent that He allowed human progress to shape the application of the eternal principles. God doesn’t assume we’re robots stuck in time, and it’s why the principles of the Bible remain relevant and applicable today.