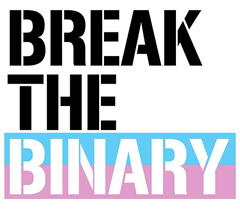 Orthodox Jews say they have Torah in the “on” position.

Christians will say they are not under the Law: Torah in the “off” position.

But the truth is, nearly every person on earth is Torah observant.

Torah observance is not on/off binary. It’s a gradient scale:

And these aren’t just some minor details. Most of these are weightier matters of the Torah, involving justice, mercy, faithfulness. These are the big ‘uns.

This truth – that nearly all humanity keeps Torah on some level – leads us to some surprising realizations.

Nobody keeps 100% of the Torah

I’ve often heard this used as an excuse for why Christians aren’t (supposedly!) Torah observant (even through they are).

But it’s a bad excuse, in the same way that “I’m unable to follow 100% of the laws of the United States government, so why try?” is also a bad excuse.

While it’s not an excuse to avoid the Torah, it is nonetheless true: no one keeps 100% of the Torah.

This is two ways: first, not all commandments apply to everyone. (Commandments specific to farmers, or to priests.)

But it’s also true no one keeps all the commandments that do apply to them! There are cultural and external factors that stop people from keeping commandments that apply to them. The Temple is destroyed, so you don’t bring offerings to God in it. You don’t live in Israel, so you don’t make aliyah to Israel 3 times a year. The culture has changed, so even the most stringent Ultra-Orthdox Jew doesn’t observe the laws regarding levirate marriage.

Christians are some of the most charitable, faithful, generous giving people in the world.

A few years ago when I was working with youth homeless shelters as part of my software job, I saw the organizations who were providing hot meals, shelter, and medical care to homeless youth. Organizations like Lutheran Social Services. Catholic Charities. Salvation Army. Loaves and Fishes. Park Community Church.

Not all the organizations were Christian. Some were secular. There was even a few Islamic organizations. But by and large? Christian churches and outreaches were feeding the hungry, clothing the naked, caring for the sick.

I no longer believe that Christians aren’t Torah observant. When Christians protest, “We’re not under the Law!”, I think they are doing themselves a disservice. Because they’re going above and beyond the Law, keeping the Torah as Yeshua did: by being a servant.

It’s true Christians don’t keep kosher. They mostly don’t keep the Biblical Chagim/Feasts. They don’t keep the Sabbath. (Unless you count things like Chik-Fil-A closing on Sundays. Wrong day, but points for trying.) But as great as kosher, Feasts, and Shabbat are, those are not the weighty matters of the Torah.

I call on my readers to keep these in mind when speaking with or about Christians.

In Paul’s letter to Rome, chapter 1, he says God will judge every person, because no person is without excuse; God is visible in nature. In Paul’s words, “What can be known about God is plain to everyone—for God has shown it to them. His invisible attributes—His eternal power and His divine nature—have been clearly seen ever since the creation of the world, being understood through the things that have been made.”

I’ve pondered these words for months. I believe Paul is saying that all people intrinsically know basic morality. People know murdering an innocent is wrong. People know cruelty is wrong. Rape is wrong. And so on.

Why does virtually every human being know this? Evolutionary anthropologists would argue these are evolved traits rising from societal gains. I argue its source is out of this world.

God has put in every human conscience what we might call “Torah basics.” This is why nearly every culture and language has some basic morality, where murder, theft, rape, and more is outlawed or otherwise suppressed.

What does this all mean for us in the Messianic world?

We often get into debates about the role of Torah for today. We often chide Christians for their lack of Torah keeping, or their negative attitude towards it. Christians often return the favor, calling Torah keepers as heretics, legalists, and worse.

(This problem is present in the Jewish world, too, with Orthodox sects keeping Torah in a more stringent way, where Reform sects keep in less according to the letter and even re-interpreting it in each generation.)

These issues will keep coming up, and we are right to wrestle with them: how to keep the Torah, what we can keep in the 21st century, what parts of the Torah to major on, and so on. But when we wrestle with them, let’s avoid the temptation to demonize our “opponents.”

Our “opponents” are trying to apply the Bible to their lives in a meaningful way. And moreover, both Jews and Christians are our brothers. Family disputes will happen, but let’s remain family and not cut people out of God’s Kingdom. I suspect when Messiah arrives and brings his long-awaited nation, we will see many people who believed – and applied the Torah – differently than we.

Keep these broad mercies of God in mind the next time we speak of believers on the other side of the fence.