Quick, what is the first biblical commandment related to eating?

Most people, even those familiar with the Bible, will answer, “Do not eat from the Tree of Knowledge”, referring back to Genesis 2. But this is incorrect. The first commandment is to eat from all the other trees, a commandment given in the first chapter of the Bible.

Jewish conservative luminary Dennis Prager argues this shows how people focus on the negative — what we shouldn’t do — more than the positive. In his book, The Rational Bible: Genesis, Prager remarks:

This is like a parent taking a child to a supermarket and telling the child to take anything he or she wants….but then adding that one item, and only one item, is off limits. Human nature is such that most children — and adults as well — would focus on the negative prohibition. But God wants us to partake of the world’s pleasures. The Talmud is quite emphatic about this: “In the future world, a man will be required to give an accounting for every permitted pleasure he could have experienced but refused to.” (Kiddushin 4)

A great many Jews and Christians focus on the negative: don’t eat this, don’t do that, avoid this, stay away from that. We should avoid those forbidden things and for good reason. But I wonder, are we falling prey to the same instinctual human tendency to focus solely on the negative? I grok why we should avoid things like sleeping around, drugs, abusing alcohol, pornography, sexual immorality, selfishness and frivolity. Those things lead away from healthy and productive lives.

And yet, God wants us to enjoy the permitted pleasures of the world. While there are 365 “you shall nots” in the Torah, there remains 248 “you shalls.” Are we neglecting the latter?

This is a weird post for me to write because the world without God is all in favor of pleasure to do anything you want. But there seems evidence enough to explore seriously the idea that God wants us to enjoy the world.

Recently, two posts on social media had me thinking about this question of whether we should enjoy the pleasures of the world or forego them. I figure it’s a good motivator for posting about it. 😊 Here are the posts: 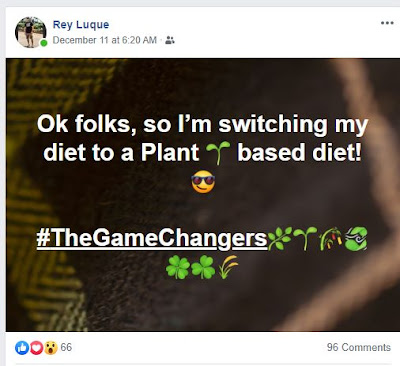 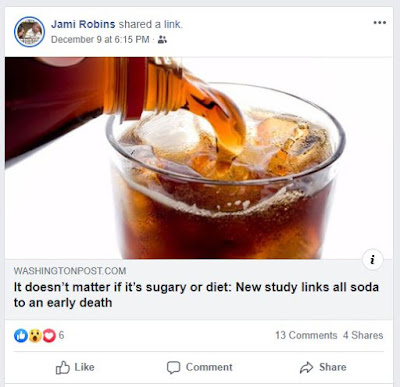 Both of these Facebook friends posted something about diet, and I found myself commenting on both of them. You’ve undoubtedly witnessed similar things in your own circles, whether the prohibition is against meat, soda, fat, sugar, lactose, gluten, carbs, or something else in the long list of once-permitted pleasures.

The first post about veganism is by a Messianic Judaism adherent who is giving up meat in the belief that “Adam through Noah didn’t eat meat”, and how “that’s the way God intended us to live in the beginning”, saying “I’ve always wondered why pre-Flood people lived so long.”

The second post about soda is by a Jewish believer friend, and author of Messianic Meow satire site, who linked to a Washington Post article claiming that drinking soda leads to an early grave.

I don’t mind that people eat vegan or skip soda. The New Testament addresses vegetarianism in Romans: “Let each man be fully convinced in his own mind.” That’s my philosophy about veganism, soda, and other disputable matters.

(With regards to the soda article, I am skeptical of such dietary research claims. I’ve read dozens of contradictory articles claiming wine, chocolate, coffee, cigars, and other little pleasures either hurt your health or help it. Additionally, articles like these are invariably clickbait, designed to draw eyeballs to the article’s advertisers — and thus, dollars to the article’s publisher — regardless of whether the headline aligns with the actual claims made by researchers. But this is a topic for another time.)

When I see articles like these, I must ask, doesn’t God want us to enjoy the world?

I don’t mean forbidden things; whoring around, “enjoying” addictive vices, etc. Shooting heroin for the first time has been described as “being kissed by God”, but the end result of heroin addiction is a satanic death grip that quite literally destroys your life.

When I say God wants us to enjoy the pleasures of the world, I of course mean permitted pleasures: hiking a beautiful mountain, eating tasty foods, boating on a pristine lake, enjoying a glass of wine, having sex with your spouse, meeting new people, eating a good bar of chocolate. Aren’t these sorts of things God wants us to enjoy?

In the Torah, during the Biblical feasts when all Israel went up to the Temple, God commanded Israel to rejoice with eating rich foods and even commands Israel to enjoy strong drink for the holy days:

“[During the holy days] if [the Temple] is too far away for you to travel, then exchange your tithe for silver, and take the silver with you and go to the place the Lord your God will choose. Use the silver to buy whatever you like: cattle, sheep, wine or other strong drink, or anything you wish. Then you and your household shall eat there in the presence of the Lord your God and rejoice.”

One of God’s commandments in the Torah is literally to eat some fresh red meat and drink strong alcohol, and thus, rejoice before God. That’s not a message you’ll likely hear on Sundays – or Saturdays!

The great preacher Charles Sturgeon seemed to have understood that it’s good to enjoy life. He scheduled each day of his life down to the hour, so as not to waste any time the Lord gave him. But every week on his Sunday schedule, he allotted one hour to “smoke a cigar to the glory of the Lord.” 😂

Likewise, Spurgeon is recorded to having eaten like a king, received excellent healthcare, vacationed in Southern France, and traveled first-class. A laypreacher once confronted Spurgeon about this “decadence” during a chance encounter on a train. “I’m travelling third-class, saving the Lord’s money”, said the laypreacher. “I’m traveling first-class, saving the Lord’s servant”, replied Spurgeon.

Will eating lots of red meat shorten your lifespan? Maybe. Will drinking copious amounts of Coca Cola bring you to an early grave? It’s entirely possible.

But, I’m personally willing to trade a little time in old age — which may not be all that enjoyable anyways — for a little joy here today. No diet, no lifestyle, no foregoing of life’s pleasures will prevent your inevitable demise. As the comedian Redd Foxx once said,

“Health nuts are going to feel stupid someday, lying in hospitals dying of nothing.”

Now, excuse me while I go eat a juicy, seasoned, medium rare T-Bone. Heaven requires it!