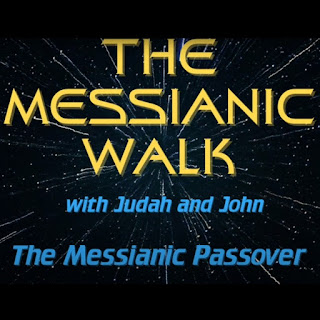 I sat down yesterday with Messianic Apologist J.K. McKee to discuss Passover as a defining moment in God’s redemptive story.

Suffice to say, Passover may be the transformative, seminal event of the entire Bible, an event eclipsed by no other barring perhaps the resurrection itself.

In this podcast, John and I dig into the themes of Passover.

We discuss how Passover contains additional meaning for Messianic believers, as Messiah himself imbued the feast with new meaning and symbolism.

We also discuss how Messianics ought to handle the delicate subject of Easter and how it relates to Passover.

Enjoy, friends! !חג פסח שמח Happy Passover, friends! I sincerely hope you’ll remember the work of the Lord in ages past on Passover, both in the Exodus and our King, the Messiah.