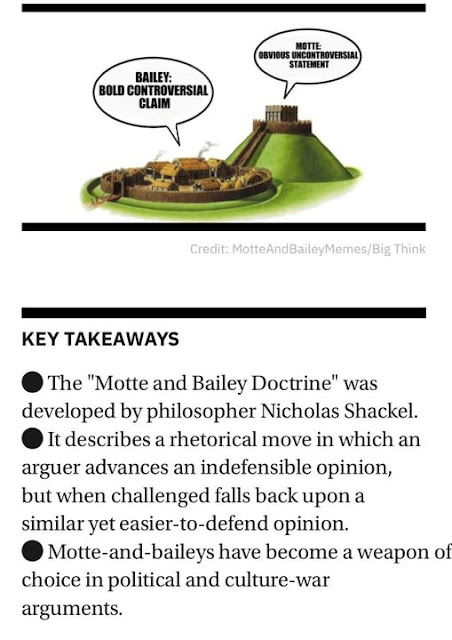 “We hold that Roe and Casey must be overruled…It is time to heed the Constitution and return the issue of abortion to the people’s elected representatives.”

With this news comes leftist arguments in favor of abortion, citing cases where a woman’s life is in danger, or cases of rape or incest.
But these are red herrings and a form of the motte-and-bailey fallacy:

Bailey (true position, less defensible):
Abortion for any reason, at any time.

A pragmatic approach would be to limit abortion to extreme cases, such as when the life of the mother is in danger. Indeed, faithful Jews, Christians have allowances for these extreme cases.
But abortion proponents won’t accept the pragmatic approach because their true position is abortion for any reason at any time, which of course is a form of murder.
My longstanding conviction is that the abortion issue is like the slavery issue: a clear moral issue with human life on the line. And like slavery, society has been on the wrong side of this issue for a very long time.
As it is with slavery, one day society will look back with shame and guilt on our tolerance (celebration?) of abortion-for-any-reason-at-any-time.