What did the early Christian community think of abortion? Might it influence our own views on abortion?

Outside of the New Testament, one of the oldest preserved Christian writings we have is the Didache, also known as the Teachings of the Lord Through the 12 Apostles to the Gentiles. It’s commonly dated to the late first century, written around the same time as the book of Revelation.

I grabbed my copy of the Didache, remembering it has a passage on abortion. I snapped the following: 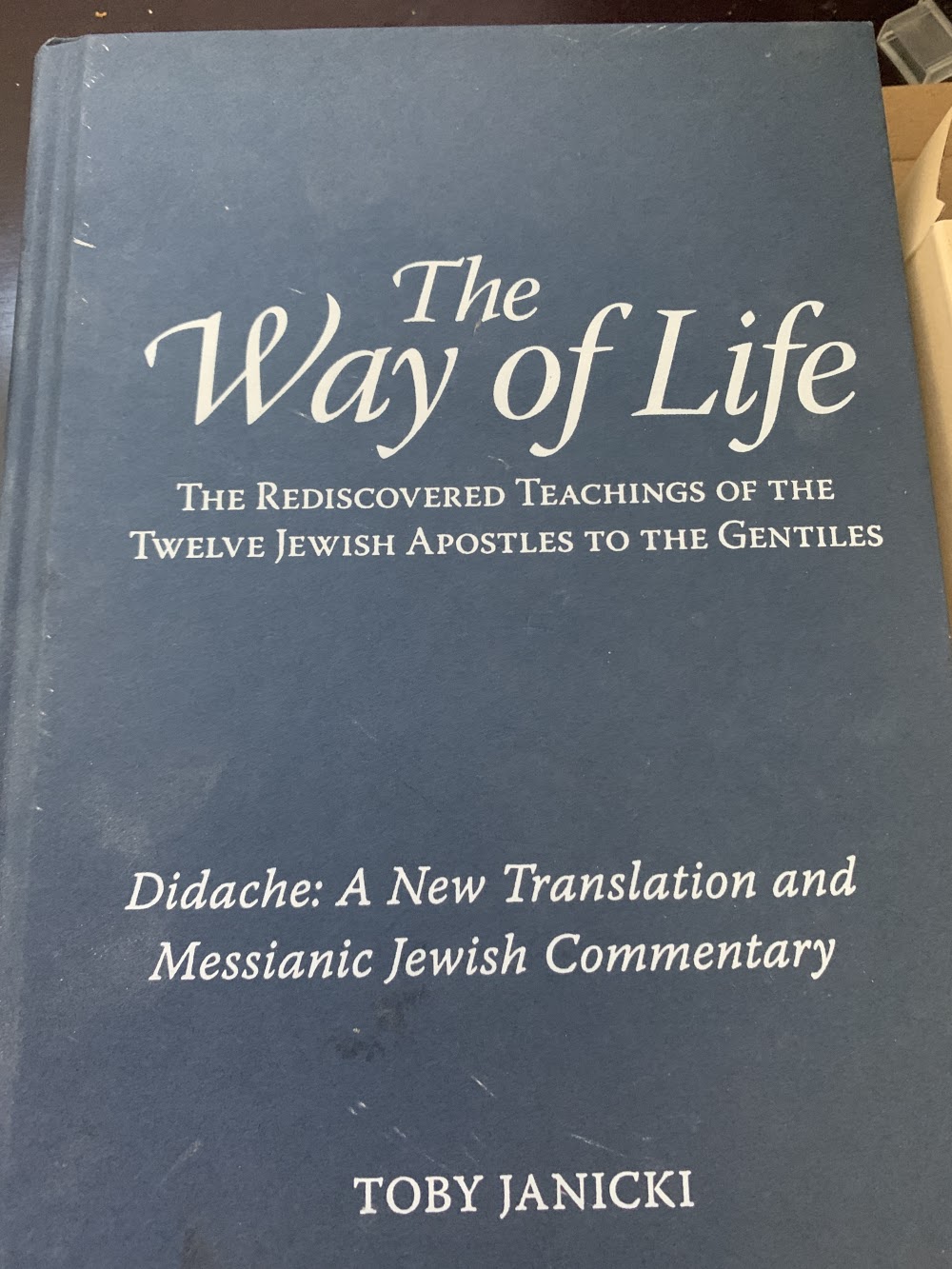 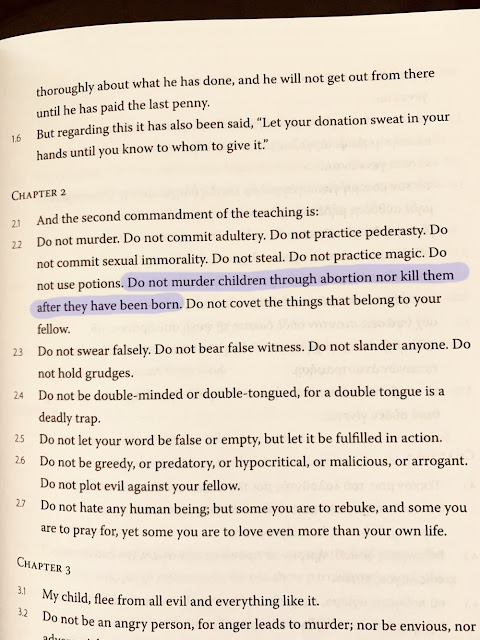 The early Christian community living in the same century as Jesus and his disciples believed abortion to be murder and specifically commanded against it.

Nearly a dozen other writings from the early Christian communities call out abortion as a moral evil, a snuffing out of a soul for which we will be held accountable to God: (click to expand)

It should be no surprise the early Christians rejected abortion as a great evil: early Christianity was once part of Judaism, and Judaism has long considered abortion to be forbidden in all but extreme circumstances. (See Is a Jew Permitted to Have an Abortion? for details.)

And why is Judaism against abortion? Because the key Torah principle of pikuach nefesh פקוח נפש, preservation of life. The whole Bible is concerned with preservation of life, such that nearly all other commandments may be broken if necessary to preserve life.

In alignment with this, the Torah states in Exodus 21 that if a man accidentally kills an unborn child, he is liable for damages. How much more so if done deliberately?

Thus, observant Judaism forbids abortion in all but extreme cases, such as when the life of the mother is in danger.

We Messianic believers affirm both the Torah and the New Testament – is it enough that the early Christians opposed abortion?

Perhaps not, but the early Christians opposed abortion because of the overriding principle of pikuach nefesh פקוח נפש found in Hebrew Bible and early Christian writings. In the New Testament, the Messiah said the Sabbath laws can be broken to save the life of an animal – how much more so the life of a human being in the womb?

It’s for this reason the early Christian communities opposed abortion: because a faithful reading of the Biblical texts informed their practice.

And what of Pro-Choice Christians and Jews?

I conclude that pro-choice Christians and Jews are not being faithful to the teachings of the Hebrew Bible or New Testament on this issue. And they’re not in alignment with the original faith communities; neither the early Christians, nor the ancient faithful Israelites permitted abortion.

I suspect many pro-choice religious folks recognize this. To support their view, they don’t appeal to textual faithfulness nor the practice of the original faith communities. Rather, they appeal to a modern reinterpretation of faith, one what concurs with a modern culture that celebrates abortion in the name of sexual freedom.

In my estimation, such folks are following the crowd to evil, and calling that evil good. Their reinterpretation of faith in the light (darkness?) of modern culture has led them, ultimately, away from faithfulness to God and God’s instruction.