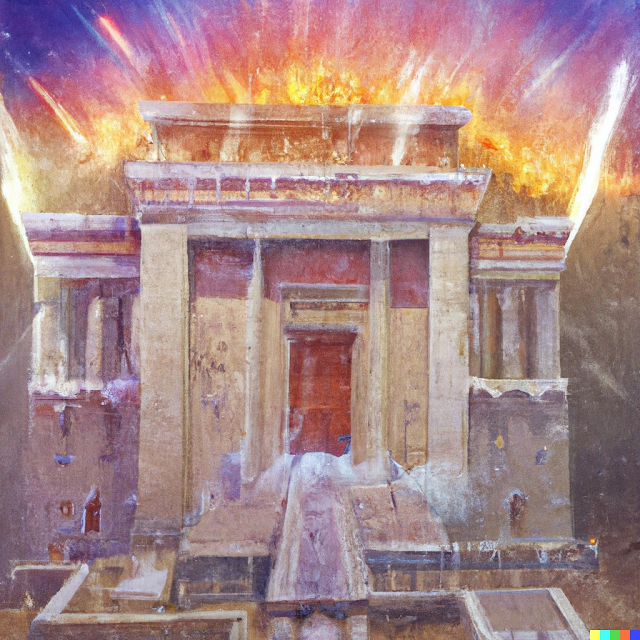 Dall-E 2 is the state-of-the-art artificial intelligence (AI) for image generation. You describe in a sentence what you want, and Dall-E will create an image for you.

Here are some fun examples:
“An astronaut riding a horse in photorealistic style”: 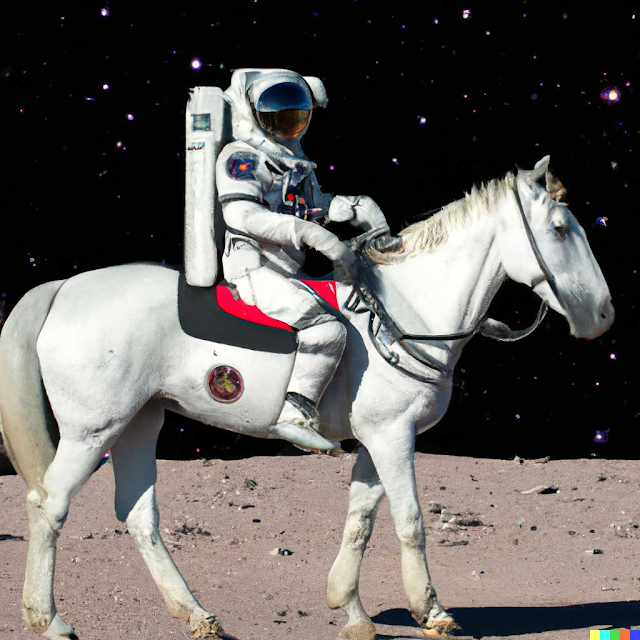 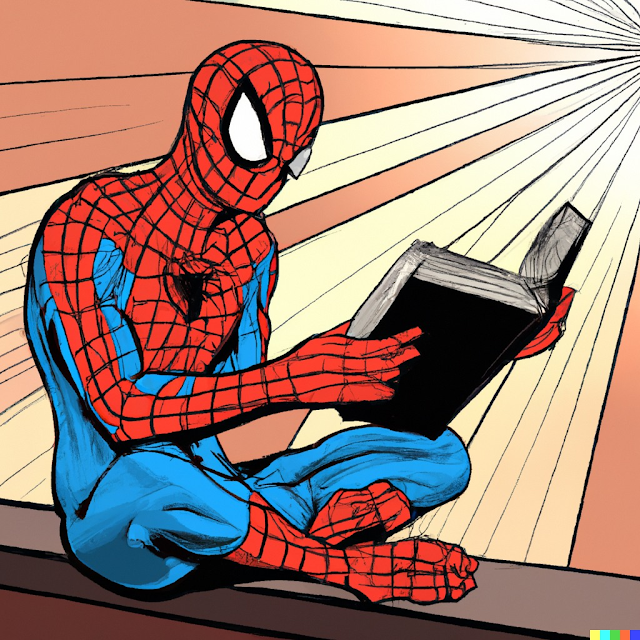 “A bowl of soup that is a portal to another dimension, digital art”: 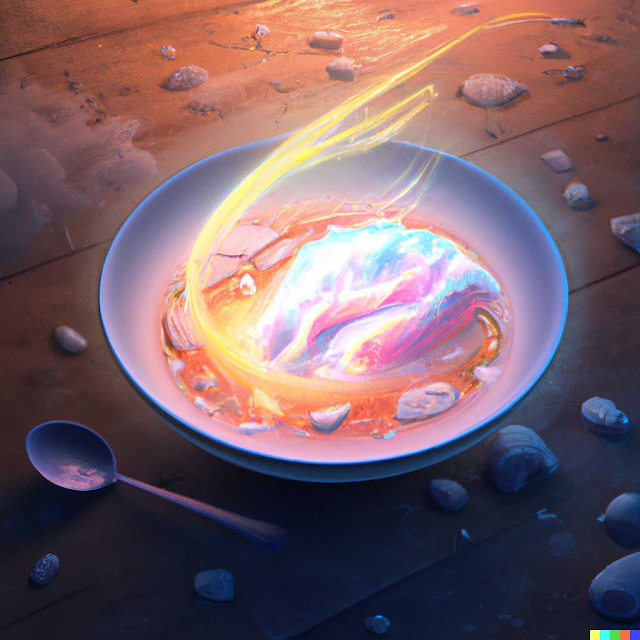 Impressive technology from the brightest minds in artificial intelligence.

I enrolled in Dall-E’s private beta a few weeks ago and recently gained access. With access to Dall-E, I thought it’d be fun to do some Biblical images, see what fantastic scenes this AI would put together.
I’ve seen some beautiful paintings of Jerusalem and the Temple by Alex Levin; might Dall-E do something comparable? I tried out some text prompts and some image prompts. Here’s what Dall-E created for me: 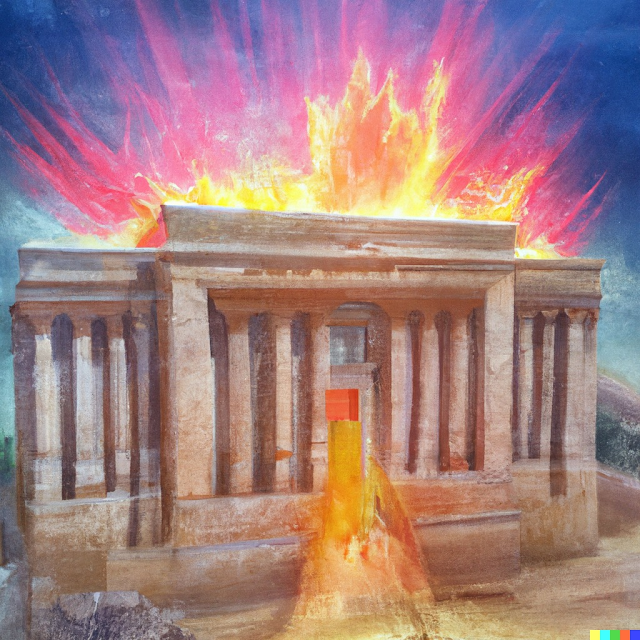 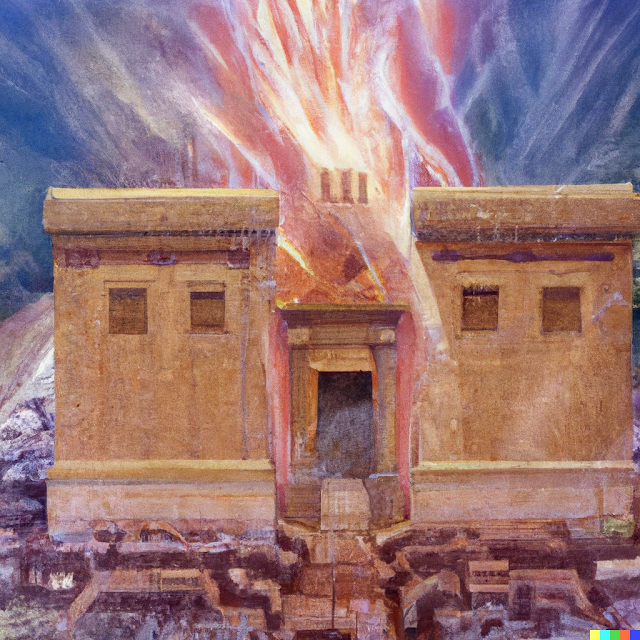 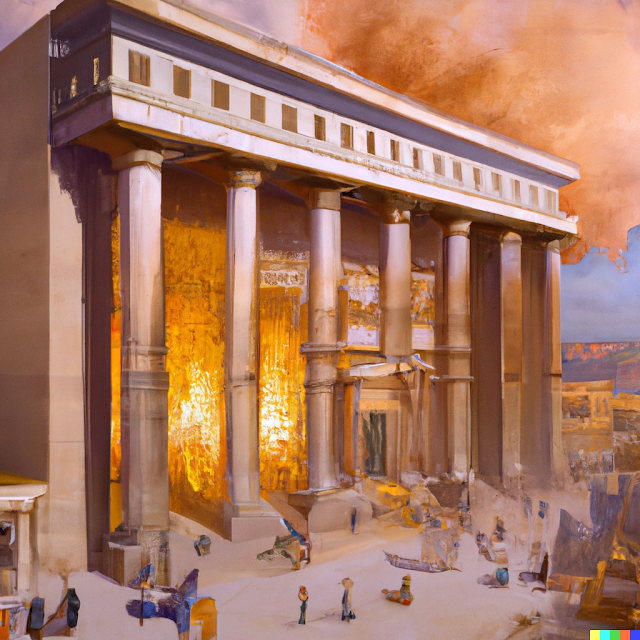 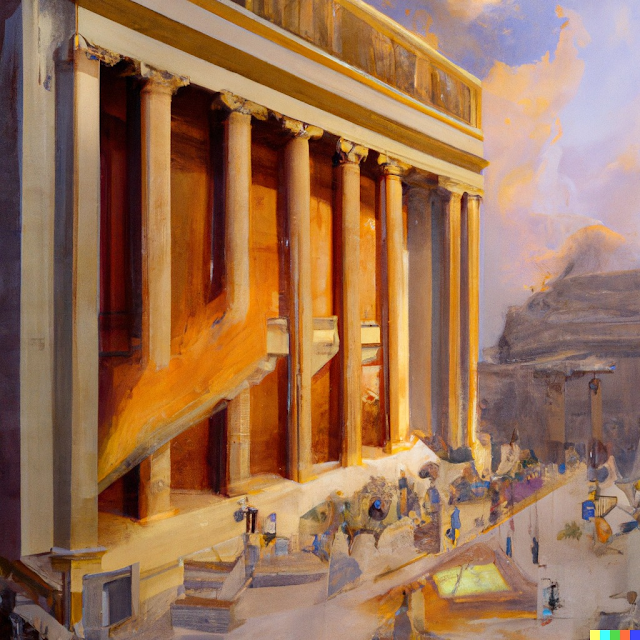 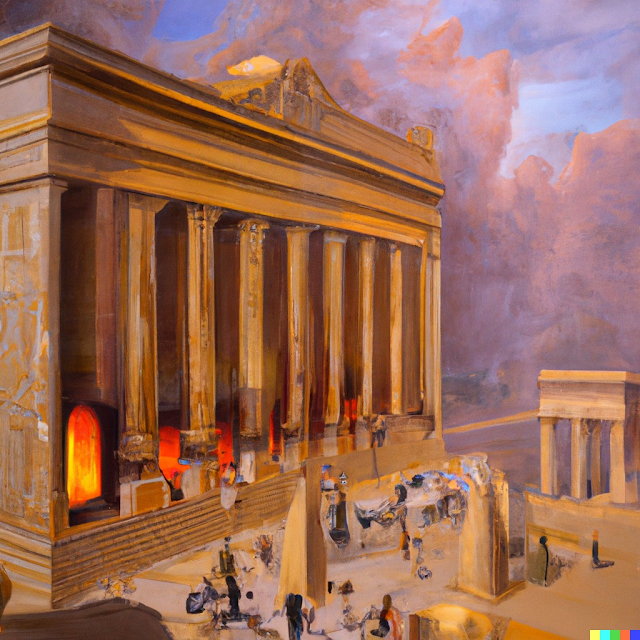 Whoa – fascinating, isn’t it? I really like those first three.
Some observations.
First, Dall-E seems to think the Temple is always on fire. 😬☠
I figure there are two potential explanations for that. First, there are many art depictions of the Romans destroying the Temple, and those often include the Temple aflame. With Dall-E trained on images from the web, it assumes the Temple should look like it’s on fire.
Another possible explanation is that even for art depictions of the Temple where it’s not being destroyed, there usually still is fire and smoke: on the altar in the courtyard.
The AI doesn’t understand what needs to be on fire, so it just haphazardly puts fire and smoke around the image.
But a pleasant side-effect of all this fire is, it looks like the fire of God’s spirit. Some friends commented on these:

“This one doesn’t scream fire to me. It almost reminds me of an artist’s rendering of the Holy Spirit around the temple.”

“This one is rather beautiful. More like God’s glory surrounding the Temple.”

“At first glance, I totally thought that was just a depiction of the temple filled with the Shekina”

Another observation: Dall-E seems to think that the Temple utilized Greek architecture, even though the Temple predates Greek architecture by several hundred years. I am thinking of those free-standing columns that show up in some of the images that scream “Greek” to me:

For frame of reference, the real Temple looked something more like this: 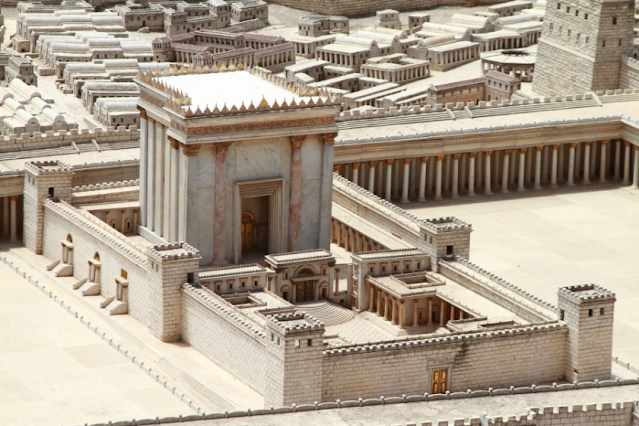 Which, to be fair, may have had decorative or even supporting columns, but not likely the free-standing columns we know from ancient Greece, e.g. the Athenian temple: 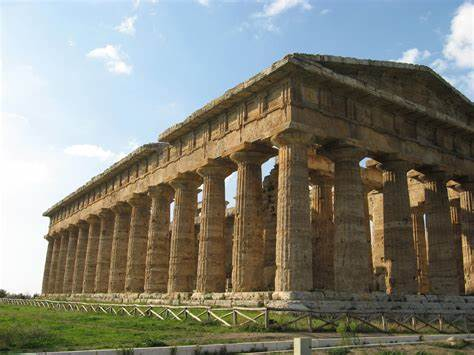 My explanation here is again the training set of images.

Dall-E was fed millions of images from around the web to teach it what things look like. The web is populated firstly and primarily by Western culture, especially folks from the UK and US. Greek architecture is big in the West, and thus it shows up in the pseudo-mind of our AI Dall-E.