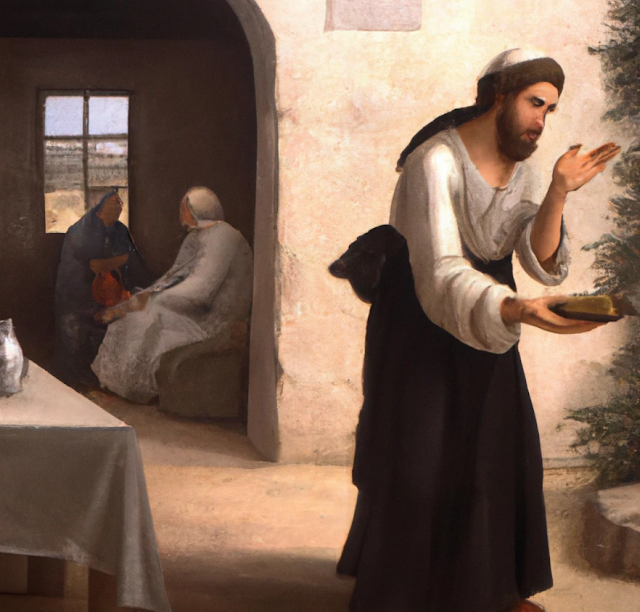 The Didache, an early Christian text dated around the same time as the book of Revelation, writes that followers of Jesus should fast on Wednesdays and Fridays:

Do not fast with the hypocrites, for they fast on the second and fifth days [of the week], but rather fast on the fourth and sixth days.”

A Messianic friend read this and asked, “Is anyone aware of what the context behind this verse is? Perhaps a Jewish practice of weekly fasts on certain weekdays?”

Toby Janicki from First Fruits of Zion gives a reasonable answer in his excellent Messianic commentary on the Didache: 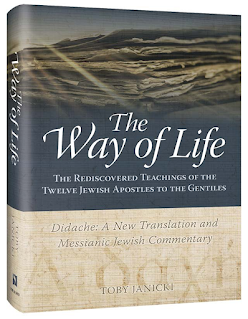 “The Didache instructs that followers of Messiah are to fast on Wednesday and Friday instead of on Monday and Thursday. These days are offered as sectarian alternatives to normative Jewish practice. It is possible that at certain times and places the fast days of Monday and Thursday were dominated by individuals looking to make a show of their righteousness. Fasting on the alternative days of Wednesday and Friday further safeguarded against making fasting an ostentatious show of piety, because no one in the broader Jewish community would suspect anyone of fasting then. This reference in Didache 8:1 is the oldest reference to the Christian tradition of fasting on Wednesday and Friday today. The Apostolic Constitutions renders this, “Do you either fast the entire five days, or on the fourth day of the week, and on the day of the Preparation.”

The Didache does not appear to be introducing a new practice. Instead, it seems to report one already established among believers. At some early stage the leadership of the believing community may have had a deliberate decision to switch the weekly fast days to those mentioned here. […]

‘Because on the fourth day the condemnation went out against the Lord, Judas then promising to betray him for money; and you must fast on the preparation day, because on that day the Lord suffered the death of the cross under Pontius Pilate.’”

In a nutshell, Janicki writes that it was a common Jewish practice to fast on Monday and Thursday. However, some made a show of it. The early believing community decided to distance themselves from performative fasting and moved the fasting days to coincide with Wednesday and Friday, the days of the week when Yeshua was condemned and executed.

Of course, today Christians don’t have any set fasting days or observances, at least in my corner of the Christian world. This is mostly true for modern religious Jews too: while fasting on certain observances is common (Yom Kippur, 9th of Av, etc.), fasting every Monday and Thursday is generally not observed.

My family and I fast on Yom Kippur, and that’s it. (I also have fasted on the 9th of Av in past years. But I haven’t stuck with that practice.)

Should we be fasting twice a week?

It got me thinking what Christianity might look like if we returned to this kind of intense, physical devotion. What would it look like if churches across the US – heck, billions of believers across the world – fasted twice a week?

I suspect we’d have fewer Christians but more disciples. That is, we’d scare away people who aren’t committed: fair weather fans. But those that remain would be committed and serious about their faith and practice.

Or, I could be way off. Maybe we’d have a bunch of religious showmen who piously looked the part from all that fasting… 😅

And what would please God? Does God want us fasting twice a week, or was this “just for that time and season”? We live in an age of abundance, where few people are starved for food. Maybe fasting helped cope with food scarcity? On the other hand, “that was for a different time” feels like punting; any practice we don’t like or don’t want to do could be dismissed in that way.

Does our lack of fasting indicate a lack of devotion to God? Maybe in some ways it does.

Janicki does point out that the Gospels touch on this subject, indicating that the disciples didn’t fast, but that Yeshua expected them to after his ascension:

Our Master Yeshua expected his disciples to practice fasting, and as we pointed out above, he gave them instructions for doing so. In response to the question, ‘Why do John’s disciples and the disciples of the Pharisees fast, but your disciples do not fast?’ Yeshua answered, ‘Can the wedding guests fast while the bridegroom is with them? As long as they have the bridegroom with them, they cannot fast. The days will come when the bridegroom is taken away from them, and then they will fast in that day.’ (Mark 2:18-20) As long as the disciples had Yeshua with them, they were tasting the joy of the Messianic Era, and it would not be appropriate for them to frequently fast. However, once he left them, they indeed would fast once again while they were waiting for his second coming.

I don’t have an answer. But I do suspect if I personally spent less time on my phone and more time fasting (and prayer and Scripture), I’d be closer to God. Maybe that’s true for you too, dear reader.