Hanukkah, also known as the Feast of Dedication or the Festival of Lights, is a holiday commemorating the rededication of the second Temple. It is a celebration of faith and uncompromising commitment to God’s Word as we remember the Maccabean revolt during which a small Jewish army fought against the forces of evil in their day and took back the Temple, cleansing it and rededicating it to God. How do we celebrate this amazing eight-day feast?

What is Hanukkah all about?

In 167 BCE, the Syrian king Antiochus IV—one of the successors of Alexander the Great—began harshly oppressing the Jewish people. He outlawed the study of the Torah, banned observance of the weekly Sabbath and biblical festivals, and even ordered women who circumcised their sons to be thrown from the top of the city wall (2 Maccabees 6:1-11). The holy Temple was desecrated through drinking parties and prostitution. Antiochus even went so far as setting up an altar to Zeus in the Temple and ordering pigs to be sacrificed on it (1 Maccabees 1:46-59).

Eventually the oppression and persecution of the Jewish people led to a revolt. In 165 BCE a small army of faithful Jewish believers successfully forced the Syrian-Greeks out of Israel and took back the Temple. Thus, they began the process of cleansing the Temple and rededicating it for proper worship of the Lord. Hanukkah is a time to remember and celebrate this victory of truth and faithfulness to God’s Word. In addition, as followers of Yeshua (Jesus), we reflect on the Gospel message during this festival. Just as God worked through a small group of Jewish believers to take back the holy Temple, Yeshua took back our personal “temples” from the enemy and dedicated us to God.

Hanukkah is the Hebrew word for dedication. This eight-day festival is about a dedicated people who refused to compromise. Today, the world around us is demanding that we compromise the Word of God. They are demanding that we not only accept their blatant defiance and hatred of God, but also that we celebrate it. As we observe Hanukkah, we remember that we are to stand strong against the forces of compromise.

Yeshua Himself celebrated Hanukkah. The Gospel of John records that Yeshua went to the Temple for the Feast of Dedication (John 10:22-23). As believers, we can follow Yeshua’s example by celebrating this feast too. The following is a list of ways you can celebrate Hanukkah today.

1) Learn about Hanukkah and what it means today

The story of Hanukkah can be found in the book of 1 Maccabees and 2 Maccabees. There are many lessons we can learn from the story that apply to us as believers today. First and foremost, the story of Hanukkah teaches us about standing firm on God’s truth in the midst of extreme opposition. In our modern culture of compromise, this is a message we desperately need to be reminded of often.

The Bible says that God is light, and in Him is no darkness at all (1 John 1:5). We are told that we are liars if we claim to have fellowship with God and yet walk in darkness (1 john 1:6). As we celebrate Hanukkah—the festival of “lights”—we are reminded that we’re in a spiritual battle. The story of Hanukkah encourages us to be faithful to God and refuse to allow any darkness into our lives. Hanukkah is a reminder to be a light to the nations by expressing the love of Yeshua and reaching out to the lost, showing them that there is a better way.

We can also look at Hanukkah as a time of introspection. When the Temple was liberated, they had to cleanse it for proper worship. This was a process. Every nook and corner had to be searched and cleansed. In the same way, we can ask the Lord to search our own personal “temples” this Hanukkah season. May we not only be delivered from the obvious sins in our lives, but may the Lord also search us completely and cleanse us from the deep-seated idolatry that is hidden deep in our hearts. Hanukkah is the perfect time to rededicate your life to God.

There are many other lessons we can learn from the Hanukkah story. Study, pray, and ask God to teach you.

The hanukiah is a special, nine-branched candelabra used for Hanukkah (not to be confused with the seven-branched menorah in the Temple). The middle branch stands higher than the other eight and is called the shamash (servant) candle. The shamash candle is used to light the other candles. 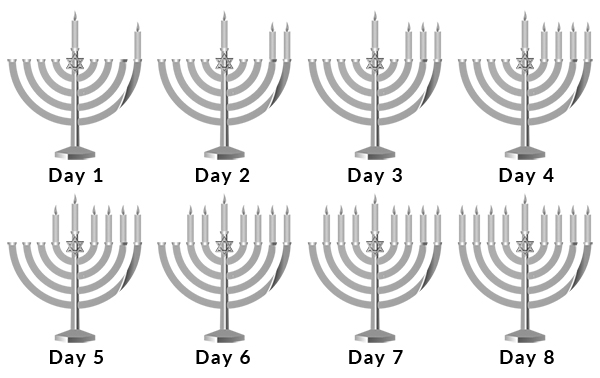 On each night of Hanukkah, after the lighting of the candles, the following blessings are recited:

English: Blessed are You, Lord our God, King of the universe, Who sanctified us with His commandments, and commanded us to be a light to the nations and Who gave us Yeshua our Messiah the Light of the world.

English: Blessed are You, Lord our God, King of the universe, Who made miracles for our forefathers in those days at this time.

It’s traditional to let the light from the hanukiah shine for everyone to see. So after you light the candles each night, place the hanukiah in your window where the lights can clearly be seen from the outside. Yeshua said that we are the light of the world, and a city on a hill cannot be hidden (Matthew 5:14). Displaying your hanukiah is a simple way to literally “let your light shine” as a reminder of the Lord’s calling on your life to be a light to those around you. Plus, it’s a great conversation starter for your neighbors!

The dreidel is a spinning top with four sides. On each side is a Hebrew letter: Nun, Gimmel, Hey, or Shin. These letters are an acronym for the phrase, Nes gadol hayah sham, or in English, “a great miracle happened there.” 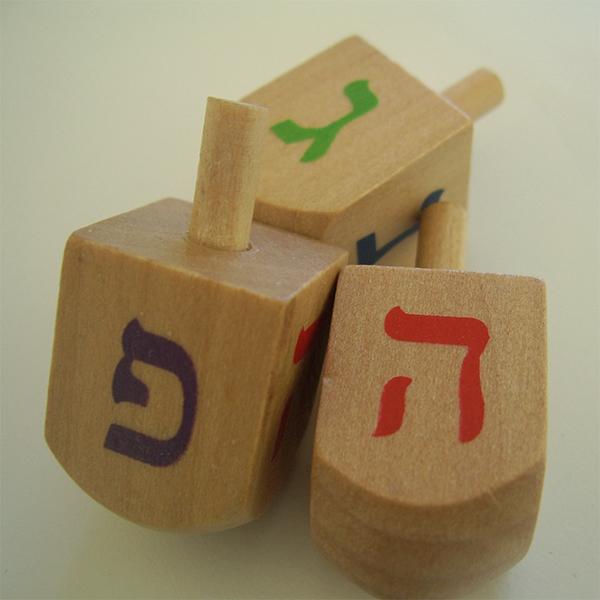 No feast is complete without having a feast! Traditional Hanukkah foods include sufganiyot, which are deep-fried jelly doughnuts, and latkes, which are fried pancakes made from grated potatoes and served with applesauce. It’s customary to eat fried foods during Hanukkah in remembrance of the miracle of oil recorded in later rabbinic tradition. It is said that at the time when the Jewish people were rededicating the Temple, there was enough oil to light the Menorah for only one day. Yet, that little bit of oil lasted for an entire eight days, which was enough time to prepare more oil to keep the menorah continually burning in the Temple:

When the Greeks entered the Temple, they polluted all the oils in the Temple, and when the Hasmonean dynasty overcame and defeated them, they checked and they found but one cruse of oil that was set in place with the seal of the High Priest, but there was in it only [enough] to light a single day. A miracle was done with it, and they lit from it for eight days. (Shabbat 21b)

In addition to fried foods, many people like to make Hanukkah-themed snacks like cookies baked in the shape of dreidels, hanukiahs, etc. It’s customary to invite friends and family over for dinner during Hanukkah. All the foods, symbols, and traditions of the holiday provide a great opportunity to share about the meaning of Hanukkah and how God is awesome.

According to tradition, Hanukkah is a time to praise God and be thankful:

The sages fixed those days, making them holidays for praise and thanksgiving. (Shabbat 21b)

As believers, we have so many reasons to be happy. And Hanukkah is the perfect opportunity to celebrate and praise God for all He has done in our lives. The Bible says, “Happy are you, O Israel! Who is like you, a people saved by the Lord” (Deuteronomy 33:29a). Yeshua saved us, delivered us from our enemies, and dedicated us to God. Hallelujah!

Chag Sameach (happy festival)! Have a blessed Hanukkah celebration as you praise the Lord for the miracles He’s done in your life. 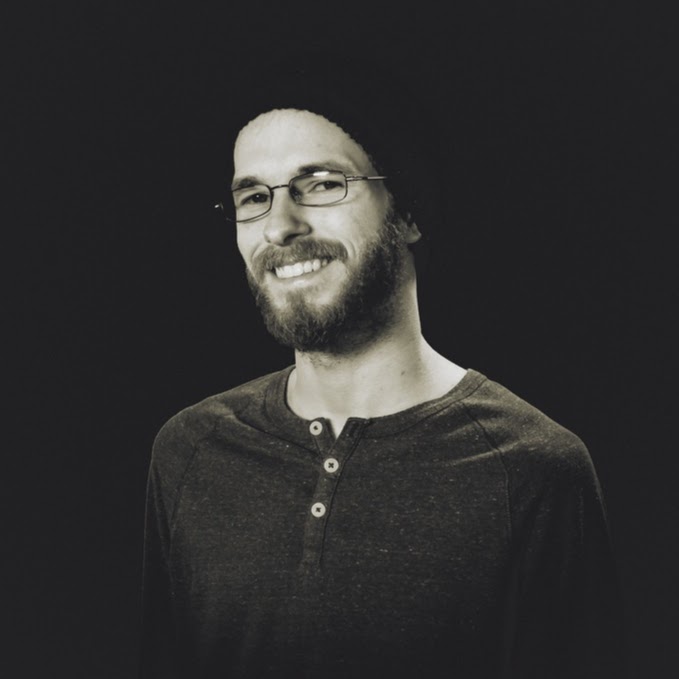