The resurrection of the dead is a core tenant of faith for every Orthodox Christian and Jewish follower of Jesus the Messiah. But to many well-meaning Christians, the resurrection of Jesus tends to be detached from its Jewish foundations. Jon D. Levenson and Kevin J. Madigan say the following:

“Christian understandings of resurrection, along with the church’s appreciation of its religious depth, its historical richness, and its reverberations, would be much impoverished if Christians thought that the expectation of resurrection was merely theirs. In particular, and what is most crucial, they would lose sight of the extent to which resurrection is rooted in the belief and practice of Judaism. Indeed, it occurs already in the Old Testament, the only scriptures the church knew at the time of Jesus (when it wasn’t yet called the “Old Testament”). In fact, not only the notion of the resurrection of the dead, but the expression of God’s vindication of Jesus in the language of resurrection, owes its origins to its parent religion, Judaism-or, to be more precise, to Judaism as it stood in the late Second Temple period (about 515 B.C.E., when the Temple was rebuilt after its destruction in 586 B.C.E. by the Babylonians, to 70 C.E., when the Romans destroyed it). This was the world of thought and practice of which Jesus and his followers partook and by which their piety was essentially formed.” [1]

The Jewish people knew the God of Israel as the only one who could raise the dead.[2] In the Jewish Scriptures, the resurrection terminology is seen in two places to show a national and spiritual restoration brought about by the return from the exile.[3] This is specifically seen in Ezekiel 37. After Ezekiel’s long lament in chapter 36 of national idolatry and the hope of renewal, the purpose of Ezekiel 37 speaks of the valley of the dry bones, i.e., the re-constitution of the ‘dead’ [4] and the molding together of two sticks, representing Judah and Israel, to become one.[5] At the outset, Ezekiel paints a vivid picture of hope of national restoration:

But the Lord was pleased To crush Him, putting Him to grief; If He would render Himself as a guilt offering, He will see His offspring, He will prolong His days, And the good pleasure of the Lord will prosper in His hand.[8]

“Although no Jewish interpretation of this passage, which would explain that the Servant will be a prophet or the Messiah who will be killed, is preserved, such an interpretation could have existed. If an interpretation of Isa. LIII in this vein ever existed in Judaism, this would have been important for the concept that the prophet will again come to life. Though the servant “was pierced for our transgressions, tortured for our iniquities” (v.5), he “shall enjoy a long life and see his children’s children (v.10). So Isa LIII could be understood not only as speaking about the death of the Servant, but implicitly about his resurrection.” [9]

We also find a relationship between the resurrection and reward or punishment. For example, in the book of Daniel it speaks of “those who sleep in the dust of the ground will awake, these to everlasting life, but the others to disgrace and everlasting contempt” (Daniel 12: 2). Those who “sleep in the dust” is a reference to the dead, Sheol, which is the underworld, and the grave. The verb “to live” appears paired with “to stand up,” and the causative form of “to wake up is there as well, emphasizing the resurrection theme.[10]

The Dead Sea Scrolls [11] reference the reviving of the dead in the days of the Messiah. For example, we see a text that resembles Matthew 11:4-6.

“The heavens and the earth will listen to His Messiah, And none therein will stray from the commandments of the holy ones. Seekers of the Lord, strengthen yourselves in His service! All you hopeful in [your] heart, will you not find the Lord in this? For the Lord will consider the pious and call the righteous by name. Over the poor His spirit will hover and will renew the faithful with His power. And He will glorify the pious on the throne of the eternal Kingdom. He who liberates the captives, restores sight to the blind, straightens the bent . . . . And the Lord will accomplish glorious things . . . . For He will heal the wounded and revive the dead and bring good news to the poor.” (4Q521, fragment 2). [12]

In Matthew 11:2, John sent word to Jesus when he “heard in prison what the Messiah was doing” But what caused John to doubt? According to the fragment above (4Q521) which alluded to Isaiah 61:1 and Psalm 146:7, prisoners were to be set free when Messiah came. But obviously, since John had not been set free and since he was still bound in prison, he was beginning to doubt whether Jesus was really the Messiah. [13]

Nearly every Jewish person who celebrates Hanukkah is at least somewhat familiar with the stories of the Maccabean martyrs. Details of Antiochus Epiphanes’ graphic torture and execution of seven Jewish brothers and their mother for their refusal to eat pork are found in 2 Maccabees 7. They respond to their torture in hope for a future resurrection. One of the brothers says to Antiochus, who is their oppressor, “You accursed fiend, you are depriving us of this present life, but the King of the universe will raise us to live again forever, because we are dying for his laws.” [14] The text goes on to record still more courageously spoken words: When he was near death, he said, “It is my choice to die at the hands of mortals with the hope that God will restore me to life; but for you, there will be no resurrection to life.” [15]

Moses Maimonides, a Jewish rabbi and a medieval Jewish philosopher who has forever influenced the Jewish and non-Jewish world said, “The resurrection of the dead is one of the fundamental principles taught by Moses. A person who does not believe this has no faith, nor does he share any bond with Judaism.” [18]

Finally, we find a remarkable passage about the resurrection in the Amidah, also called Shmoneh Esreh (“The Eighteen”). We find this prayer in the Siddur, the traditional Jewish prayer book. The prayers in the Amidah are likely dated from both before and after the  destruction of the Temple (70 CE). We see the promise of the resurrection of the dead is part of the liturgy:

“You are Lord, are all-powerful forever. You resurrect the dead, You are mighty to save. You sustain the living with loving-kindness, resurrect the dead with great mercy, support the falling, heal the sick, release the prisoners, and uphold Your faithfulness to them that sleep in the dust. Who is like You, Lord of mighty acts, and who resembles You, O King, who orders death and restores life, and causes salvation to come forth? And You are faithful to resurrect the dead. Blessed are You, O Lord, who resurrects the dead.”’[19]

For more info on this topic, see my book “The Resurrection of the Jewish Messiah.”  It is available on Amazon. 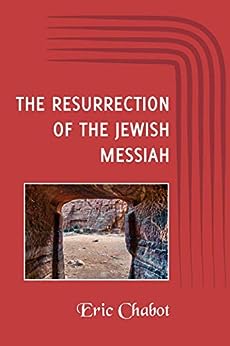 [11] The Dead Sea Scrolls refer to the Qumran Caves Scrolls which  are a collection of different manuscripts discovered between 1946/47, 1956 and 2017 in  the Qumran Caves These are located  in the immediate vicinity of the Hellenistic period Jewish settlement at Qumran in the eastern Judean Desert, the modern West Bank.

[16]  The Mishnah is an edited record of the complex body of material known as oral Torah that was transmitted in the aftermath of the destruction of the Second Temple in 70 CE. Jewish people not only believe Moses was given the written Torah, but the oral Torah as well. Most Christians of all denominational backgrounds reject the oral Torah as a binding, authoritative guide for Christian living.