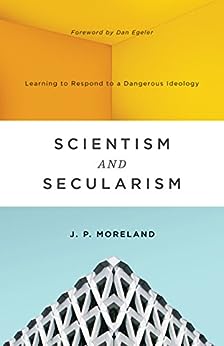 One of the main themes that runs through discussions on college campuses and in academia is that faith/theology and science are diametrically opposed to one another. Since science tests the observable, is this the correct way to approach the existence of God?

In my view, one of the best solutions to handling the issue of evidence and arguments for God’s existence is to utilize what is called inference to the best explanation.

The inference to the best explanation model takes into account the best available explanation in our whole range of experience and reflection.  Since we can’t see God as a material object, we have to look at the effects in the world and make rational inferences to the cause of the effect. Hence, we have to look to see if God has left us any pointers that lead the way to finding Him.

The inference to the best explanation model takes into account the best available explanation in our whole range of experience and reflection. For example, when we look at these features of reality, which provides a more satisfactory explanation:

Abduction can operate when people on both sides of an argument agree on what needs to be explained (certain features of reality) but they disagree on why this feature of reality exists.

Why does this feature of reality exist? Is it the result of nature itself or something outside nature? Remember, when we look at the questions above, if you are committed to philosophical naturalism (the idea that nothing exists outside the natural realm of the material universe), you’ll find a way to interpret every piece of data to confirm your naturalistic presuppositions, even if the best inference from evidence points to something else.

You can see this approach in The Return of the God Hypothesis  by Stephen C. Meyer or Paul Copan’s God: The Best Explanation

Science is a method of gaining knowledge of the natural world by inference through observation, experimentation, and making predictions, based upon cause and effect relationships. Scientism is an epistemology (theory of knowledge) which reduces all knowledge to the aforementioned scientific method; this means that the only way to know things are true is through the natural sciences. This approach is illegitimate. That is because it reduces humanity’s knowledge of all of reality to this one area alone, and it argues in a circle. The assertion “All truth claims must be scientifically verifiable” makes a philosophical assumption: the very statement itself is not scientifically verifiable.n

What needs to be remembered is that science is dependent upon certain philosophical presuppositions such as:

A theist asserts that the physical universe is not all there is. There is an infinite, personal God who created it, sustains it and can act within it in a natural and non-natural way. As I can say without hesitation that I am ignorant about many things, I generally find that many people are generally ignorant about the history between theism and science. In the words of physicist Paul Davies, “Science began as an outgrowth of theology, and all scientists, whether atheists or theists…..accept an essentially theological worldview.” (2)

In John Haught’s book Science and Faith: A New Introduction, he says there are three current models about the relationship between faith and science:

2. Contrast: Science and faith are distinct but no conflict can exist between faith and science since they each respond to radically different questions. There is no real competition between them, so there can be no real conflict.

3. Convergence: Science and faith are distinct because they ask different kinds of questions, but they may still interact fruitfully. Convergence tries to move beyond both conflict and allow for an ongoing conversation between science and faith.

One thing to always ask is the following:

Which of the following branches of science should demonstrate the existence or nonexistence of God?

When Science Masquerades as Philosophy

Is there a God? No. What is the nature of reality? What physics says it is. What is the purpose of the universe? There is none. What is the meaning of life? Ditto. Why am I here? Just dumb luck . . . Is there free will? Not a chance. What is the difference between right and wrong, good and bad? There is no moral difference between them. Why should I be moral? Because it makes you feel better than being immoral. Is abortion, euthanasia, suicide, paying taxes, foreign aid, or anything else you don’t like forbidden, permissible, or something obligatory? Anything goes.[3]

Here, Rosenberg makes the assumption that what science reveals to us is all that is real. But as Edward Feser points out, Rosenberg is guilty of a reductionist view of reality. Feser illustrates:

Anyone who came to this conclusion about metal detectors should visit a doctor, of course. The point is, Rosenberg and others who follow his lead should allow for additional ways besides science to explain reality along with life’s big questions. Metal detectors will always find metal and science will always find material/physical explanations to reality. We must  ask what kinds of questions science can legitimately answer.  Can science can answer the “why” questions?  Yes, it is true science can say why the universe exists. In other words, they can say the universe exists because of the Big Bang or some other scientific explanation. But, science is generally restricted to study how the mechanisms work behind several features of the natural or physical world. But once science attempts to answer whether or why the universe and several features of reality may have a deeper purpose, design, or an end goal, it enters the realm of philosophy..

Note: See our 22 Suggested Readings on this topic.