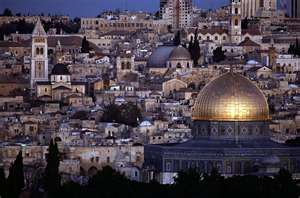 When it comes to the question as to whether Jesus is the Messiah, both Christians and Jews agree that the Messiah has to be a descendant of David. The area of disagreement is when Christians start to make the claim that Jesus is the divine, Son of God. Why do Christians think Jesus is not only the Davidic King, but the not just another king in the line of David? Even though divine sonship appears in the Hebrew Bible with regards to persons or people groups such as angels (Gen 6:2; Job 1:6; Dan 3:25), and Israel (Ex. 4:22-23; Hos 11;1; Mal. 2:10), the category that has special importance to the Son of God issue is the king. When the divine sonship is used in the context of the relationship between Israel and the king (2 Sam. 7:14; Ps. 2:7;89:26-27), the sonship theme emphasizes that the king is called or elected to a specific task as well. Furthermore, there is also a special intimacy between God and the king.

The true king was the means by which the Lord related to his people as a nation. So the existence of Israel is directly related to God’s covenant with Israel and Israel’s relationship to God as the King. The Davidic covenant established David as the king over all of Israel. Under David’s rule, there was the defeat of Israel’s enemies, the Philistines. David also captured Jerusalem and established his capital there (2 Sam. 1-6).

As seen in 2 Sam. 7:1-4, David wanted to build a “house” (or Temple) for the Lord in Jerusalem. God’s response to David was one of rejection. However, as just mentioned, God did make an unconditional promise to raise up a line of descendants from the house of David that would rule forever as the kings of Israel (2 Sam. 7:5-16; 1 Chr.17:7-15; Ps.89:28-370. The desire for the restoration of the Davidic dynasty became even more fervent after the united kingdom of the Israelites split into two kingdoms, Israel and Judah, at the time of King Rehoboam.

A Look at the Royal Psalms

Go ahead and read Psalm 2

What do we see here?

1. Psalm 2 should be read as a coronation hymn, (similar to 2 Kings 11:12) and today marks the moment of the king’s crowning.

2. God tells the person to whom he is speaking that He is turning over the dominion and the authority of the entire world to Him (v 8).

4. Vs 11-12: One day God will subjugate all the nations to the rule of the Davidic throne.

Psalm 89 is another royal Psalm.

3. The Davidic King will be the “firstborn” and enjoy the highest rank among all earthly kings.

4. God promises to establish David’s throne and continue his dynasty from one generation to the next for perpetuity (vv.28-29).

1. The Davidic King is invited to sit at the royal throne at God’s “right hand” (v.1)

2. The new king is called “lord” (v.1) and called a “priest” after the pattern of Melchizedek.

4. God promises to establish David’s throne and continue his dynasty from one generation to the next for perpetuity (vv.28-29).

How do we get to a divine Davidic King?

How do Christians make the leap to Jesus being not only the Davidic King, but divine as well? There are several ways to answer this. But one way to answer this question is to discuss what is called typology prophecy. Some of the features of typology are the following:

1. The prophets did not so much make singular predictions but gave themes or patterns and that these themes have several manifestations or fulfillments in the course of human history.

2. The type and the antitype have a natural correspondence or resemblance. The initial one is called the type (e.g., person, thing, event) and the fulfillment is designated the antitype..

4. The type is a prefiguring or foreshadowing of the antitype. It is predictive/prophetic; it looks ahead and points to the antitype.

One small piece of advice:Christians can abuse typology by looking for types all over the Hebrew Bible and saying they point to Jesus. So we need to expercise some caution int this area.

“Paul, a bond-servant of Christ Jesus, called as an apostle, set apart for the gospel of God, which He promised beforehand through His prophets in the holy Scriptures, concerning His Son, who was born of a descendant of David according to the flesh, who was declared the Son of God with power by the resurrection from the dead, according to the Spirit of holiness, Jesus Christ our Lord, through whom we have received grace and apostleship to bring about the obedience of faith among all the Gentiles for His name’s sake, among whom you also are the called of Jesus Christ; to all who are beloved of God in Rome, called as saints:Grace to you and peace from God our Father and the Lord Jesus Christ.”

Paul says through the resurrection, Jesus is installed (by God) as the Son of God (Rom. 1:4). Paul is not saying Jesus is being appointed as The Son of God is a change in Jesus’ essense. The appointment is not in terms of his nature but in terms of his work as a mediator—the messianic age has dawned. Jesus is the Lord—the anti-type of the previous “sons” in the Old Testament (Adam, David, Israel).

Remember, the New Testament authors unanimously declare Jesus as the one who is from the “seed of David,” sent by God to restore God’s kingship over mankind (Matt. 1:1; Acts 13:23; Rom. 1:3,4; 2 Tim:2:8; Rev. 22:16). As seen in 2 Samuel 7:12-17, the immediate prophecy is partially fulfilled in David’s son Solomon. However, as already said, the word “forever” shows there are future descendants to come. God promised David that his “seed” would establish the kingdom. There were two ways for this prophecy to come to pass. Either God could continually raise up a new heir or he could have someone come who would never die. Does this sound like the need for a resurrection?

“There is a loose parallel in the case of a royal family where a child is ‘born’ a king but subsequently ‘becomes’ king at his coronation. From this standpoint, the resurrection was the coronation or installation of Jesus as the Son of God.” (Harris, M. Raised Immortal: Resurrection and Immortality in the New Testament. Grand Rapids, MI: Wm. B. Eerdmans Publishing Co. 1983, 74-75.

It could not be more evident that the resurrection played a large role in how and why the New Testament authors thought Jesus is the divine, Son of God and the Davidic King. I am also aware that there are objections to the Davidic line of Jesus. I will leave one response to that issue here.