At some stage of our life, most of us have purchased a computer at a store or online. Far be it for anyone to say they could survive without their laptop! Computers, like most purchases come with a set of instructions. If we don’t follow the written instructions properly, most likely the computer won’t perform its job properly. Thus, the computer has a specific job: perform calculations, store information, retrieve data and process information. The programmed data from the computer programmer tells the computer how to fulfill its purpose. If we take this basic illustration and apply it to your DNA, there are around 2.5 billion cells in one of your hands, but they are tiny. Each cell has a specific job, just like humans do. Our cells are also told what to do, but not by a person or a computer! Our cells are told what to do by a very special molecule called DNA (i.e., deoxyribonucleic acid) which is found in the nucleus of the cell.

A living cell needs not just any DNA, but DNA that encodes functional proteins. To be functional, a protein must have a very specific sequence. Francis Crick wrote in 1958: “For any particular protein the amino acids must be joined up in the right order.” (1) Just as the information for the instructions for a computer originated in the mind, of an intelligent programmer, the information in the DNA had to originate from an intelligence as well. As Stephen Meyer notes:

P2. Useful information habitually arises from an intelligent cause.

(C) Therefore, an intelligent cause is a valid explanation for the useful information contained in DNA. (3)

For more on this argument see the following resources: 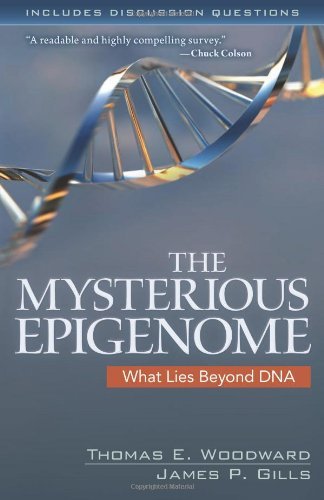