Several years ago I read a book called What if Jesus Had Never Been Born? by D. James Kennedy and Jerry Newcomb. Some of these points are adapted from this book. I have also expanded on a few of the issues. I have heard alot of complaints about The Crusades (although that is a long topic which I think John Lennox has responded to), the Salem Witch Trials, or those who profess to be Christians that hold their signs up that say “God hates gays” etc. But it is evident that without Jesus our world would be a different place than the one we have now. So here are some points that may lead to further discussion:

Although many committed Christians owned slaves in history, it was Christians who historians credit with being the primary force behind ending international slave trade. Two-thirds of the members of the American abolition society in 1835 were Christian ministers. Wilberforce, Charles Finney, William Lloyd Garrison, Edward Beecher, and Theodore Dwight Weld all battled to abolish slavery. John Gregg Fee, the evangelical founder of Berea College in Kentucky called out to God in prayer on his knees and said “Lord, if needs be, make me an Abolitionist.” (Gary Haugen, Good News About Injustice, pg 62-63).

In the ancient world, for example in classical Rome or Greece, infanticide was not only legal, it was applauded. Killing a Roman was murder, but it was commonly held in Rome that killing one’s own children could be an act of beauty. Through a higher view of life, it was the early Christian church that ultimately brought an end to infanctide.

The modern pro-life movement is largely Christian. This pro-life view has been true from the very beginning of Christianity. See Mike Adam’s lecture here:

From the beginning of Judaism, from which Christianity is derived, there was an emphasis on the written word. But the phenomenon of education for the masses has its roots in the Protestant Reformation. In his book Love Your God with All Your Mind: The Role of Reason in the Life of the Soul by J. P. Moreland traces the history of what has happened in relation to the Christian mind.

Moreland discusses the history of the pilgrims arriving to the United States in the middle of the nineteenth century. The Pilgrims along with other American believers placed a high value on the intellectual life in relation to Christian spirituality. The Puritans were highly educated people (the literacy rate for men in Massachusetts and Connecticut was between 89 and 95 percent) who founded colleges, taught their children to read and write before the age of six, studied art, philosophy, and other fields as well. Evangelical scholars such as Jonathan Edwards were scholarly and well informed about other fields other than theology.

All but one of the first 123 colleges in colonial America were Christian institutions. While these universities have lost their Christian identities, it is interesting to read the founding statements of these schools. Harvard, for example, was founded on this statement: “Let every student be plainly instructed, and earnestly pressed to consider well, the main end of his life and studies is, to know God and Jesus Christ which is eternal life, John 17:3.”

The Printing Press
In order to promote Bible literacy, Christians have been leaders in education. This trend was accelerated with the advent of the printing press at about the same time as the Protestant Reformation. Many of the world’s languages were first set to writing by Christian missionaries in order for people to read the Bible.

A theist asserts that the physical universe is not all there is. There is an infinite, personal God who created it, sustains it and can act within it in a natural and non-natural way.

In addition to these founders of scientific and mathematical fields were their forerunners, who also held to creation. Their number included Roger Bacon, 1220–1292), Nicolaus Copernicus (1473–1543), and Galileo Galilei (1564–1642). With few exceptions, scientists before 1860 were followers of Jesus. Kepler has been quoted as saying, “I wanted to be a theologian. Now, however, I beheld how through my effort God is being celebrated through astronomy.” (1)

Not only did founders of modern science believe in God as the Cause of the universe and the laws of nature, but the very concept of creation was a significant factor in the impetus for science. M. B. Foster, writing in the prestigious English journal, Mind, in 1934 observed that:

“The general question arises: What is the source of the un-Greek elements which were imported into philosophy by the post-reformation philosophers, and which constitute the modernity of modern philosophy? And . . . what is the source of those un-Greek elements in the modern theory of nature by which the peculiar character of the modern science of nature was to be determined? The answer to the first question is: The Christian revelation, and the answer to the second: The Christian doctrine of creation.” (2)

According to sociologist Rodney Stark who is a prominent historian of religion,

“Not only were science and religion compatible, they were inseparable—the rise of science was achieved by deeply religious Christian scholars.” (3)

Agnostic Paul Davies offers a relevant comment to this issue:

“Even the most atheistic scientist accepts as an act of faith that the universe is not absurd, that there is a rational basis to physical existence manifested as a law like order in nature that is at least in part comprehensible to us. So science can proceed only if the scientist adopts an essentially theological worldview.” –Paul Davies, Physics and The Mind of God

One of the most outspoken and prolific writers on the relationship between science and religion is physicist Rev. Dr John Polkinghorne. His website is here: Or, feel free to read up on former atheist Alister McGrath/Christian theologian, who holds both a DPhil (in molecular biophysics) and an earned Doctor of Divinity degree from Oxford. He is noted for his work in historical, systematic and scientific theology.To read more on this topic, see Nancy Pearcy’s article called Christianity is a Science Starter, Not a Science-Stopper.

Both historically and statistically, Christianity has led the way to alleviate suffering in the world. Just to name a few of these organizations that continue to alleviate suffering in the world are Samaritans Purse, The Salvation Army, The Red Cross, World Vision, Christian Foundation for Children and Aging, United Methodist Committee on Relief, ChildFund International, Catholic Relief Services, Operation Blessing, Lutheran World Relief, Prison Fellowship Ministry, and Habitat for Humanity. Not to mention the countless of efforts by local churches and the hospitals that have been built all around the world.

I also recalled that Rick Warren had taken most of his profits from his best-selling Purpose Driven Life book (which 30 million copies worldwide) and directed it towards the global HIV/AIDS crisis.

Now I know I will hear the objection that people don’t need God to alleviate suffering in the world. And I know that there are humanitarian organizations that aren’t faith based. But to be honest, I don’t see any possibility of the end of Christian based organizations leading the way in doing everything they can to alleviate suffering in the world.

Principles that were always in the Bible were adapted by the American founders. Self-reliance and self-denial are the foundation of the famous “Protestant work ethic.” These doctrines are at the heart of our economic (and political) way of life.

Anyone who doubts the relationship of Biblical ideas to free enterprise need only to note the stark contrast with communism. Communism is specifically an atheistic system that relies on the non-biblical notion that all men are good (thus will work for the common good). But communism has been an abject economic failure.

Literature
The Christian faith has influenced literature in such Christian writers such as Dante, Chaucer, Donne, Dostoevsky, Shakespeare, Dickens, Milton, and scores more.

Music
Had Jesus never been born, music would likely sound very different from what we’re used to. There may never have developed the cantata, the concerto, or the symphony. Handel, Vivaldi, and Bach were Christians who worked to honor God with their work. Bach, for example, signed all his works with Soli Deo Gloria (“Solely to the glory of God”).

Art
Art has likewise been magnificently impacted by Jesus. Classical Christian art tries to bring out the best of mankind–pointing us to a higher plane. Artists like Michelangelo used his paintings to honor Jesus. Incredible architecture in the beautiful cathedrals in Europe were built to honor Christ.

To see more on this topic, take a look at the following books: 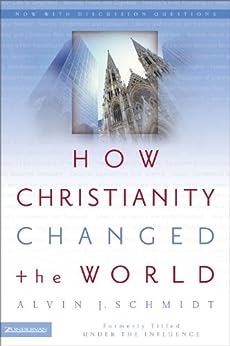 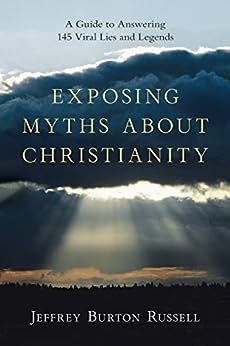 Sources:
1. Norman Geisler, Encyclopedia of Christian Apologetics (Grand Rapids, MI: Baker Books, 1999), 168.
2. M. B. Foster, “The Christian Doctrine of Creation and the Rise of Modern Natural Science,” (Mind Volume 43, 1934, 446-468); cited in Geisler, Encyclopedia of Christian Apologetics, 168.
3. See Rodney Stark, The Victory of Reason: How Christianity Led to Freedom, Capitalism and Western Success (New York: Random House, 2005); cited in Bruce Scheiman, An Atheist Defends Religion: Why Humanity Is Better Off With Religion Than Without It, 168.