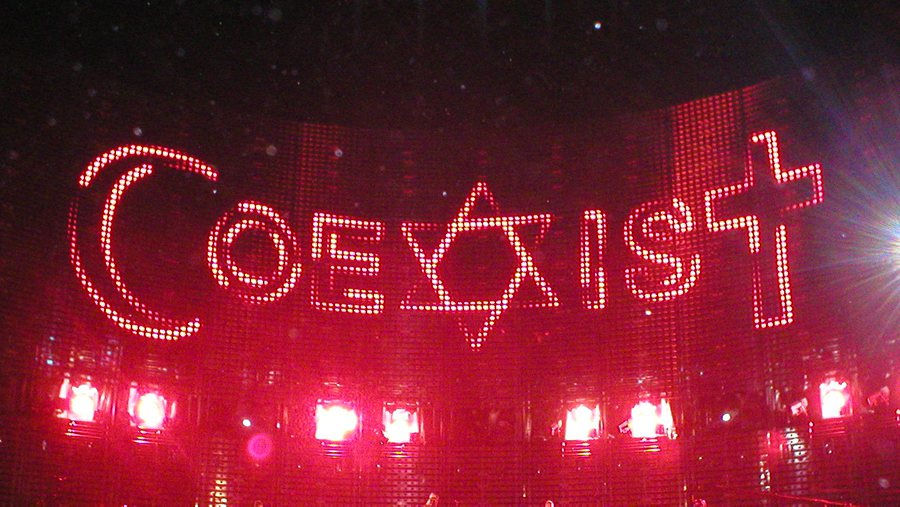 My friend Jonathan Morrow has written a short piece called “Quick Thoughts on ‘All Religions Teach the Same Thing’.  I will add my own thoughts here:

Before I discuss the issue of religious pluralism, a few things shall be mentioned here. If you want to study this topic further, there are other articles on this blog that deal with the reliability of the New Testament. However, I am starting with the following premises and conclusion.

1. The New Testament documents are historically reliable evidence
2. The historical evidence of the New Testament shows that Jesus is God incarnate/the Jewish Messiah.This claim to divinity was proven by His miracles/His messianic speaking authority, His messianic actions, and His resurrection
3. Therefore, there is reliable historical evidence that Jesus is God incarnate/the Jewish Messiah

One Way? The Christian Claim

What about those people in the Tanakh (the Old Testament ) that never exercised explicit belief in Jesus as the Messiah? What about people like Melchizedek, Jethro, Job and Rahab? In response, it is true that people in the Tanakh did not have explicit knowledge of the death and resurrection of Jesus the Messiah as a payment for their sins. However, this objection fails to take into account the issue of progressive revelation. The principle of progressive revelation means that God does not reveal everything at once. In progressive revelation, there are many cases where the New Testament declares explicitly what was only implicit in the Tanakh. One of these truths is that Jesus is the long awaited Messiah who takes away not only the sins of Israel, but the entire world (John 1: 29;3:16).

“Therefore having overlooked the times of ignorance, God is now declaring to men that all people everywhere should repent, because He has fixed a day in which He will judge the world in righteousness through a Man whom He has appointed, having furnished proof to all men by raising Him from the dead.”

We see: (1) Paul is urgent in his appeal for repentance; (2) According to Acts 14: 26, Paul states there was “a time in which God allowed the nations to walk in their own ways,” but now Paul states in Acts 17: 30, “The times of ignorance is over” – God has given man more revelation in the person of Jesus the Messiah; (3) Paul uses the same language as is used in the Jewish Scriptures about judgment (Psalm 9:9); (4) The judgment will be conducted by an agent, a man who God has appointed; (5) Paul treats the resurrection as an historical fact and he uses it as a proof of God’s appointment as Jesus as the judge of the living and the dead! (1)

Religious Pluralism
As of today, a large majority of the religious landscape is dominated by religious pluralism. Pluralism is the belief that every religion is true. In other words, each faith provides a genuine religious experience with the Ultimate, and while others may be better than others, all are adequate.

1 In approaching this topic, there is no doubt that emotions run high. We need to be sensitive to one another. And remember, true tolerance respects the individual. Just because we may not agree with one another, it is incorrect to say that makes someone intolerant. As a Christian, I am called to love people unconditionally. But I can still exercise that love and compassion for others in the midst of disagreement.

2. There needs to be the willingness to implement critical thinking: Remember sincerity is not a test for truth. People have been sincerely wrong about a number of things (that includes me). And in inheriting the faith of your family or being born in a certain part of the world doesn’t make the claim true. If I was born in Nazi Germany and I was a Nazi, does that make it true?

3. There needs to be a call to intellectual honesty: Let’s admit the similarities and differences in each faith. John P. Newport sums up the issue rather nicely:

“No sane person tries to accept as authoritative revelation from God all writings which are self-declared to be such. However eager we may be for harmony and tolerance, we cannot be intellectually honest unless we face the fact that there is a real contradiction between conflicting truth claims. As we reflect on how we are created in the image of God, we need to remember that we are creatures of both will and mind, of faith and reason. We are called to think as well as act and feel; therefore our faith will always have a rational element to it.” (2)

One of the weaknesses of religious pluralism is the tendency to forget that the denial of truth of any particular faith or truth claim is itself a form of exclusivism. While the pluralist says others are intolerant if they do not accept all views as true, they tend to be intolerant of anyone who is not a pluralist. While there are some similarities in faiths such as truth, a God, a right and wrong, spiritual purpose in life, and communion with God, they all also have some glaring differences such as the nature of God, the afterlife, the nature of man, sin, salvation, and creation. Let’s take a small glance at the claims of different faiths:

Orthodox Christianity/ Messianic Judaism: Jesus is both God and man/Jesus is an uncreated being. Jesus is the Jewish Messiah as foretold in the Tanakh (the acronym that is formed from the first three parts of the Hebrew Bible: Torah (the first five books of the Bible), Nevi’ im (the Prophets), and K’ tuvim (the Writings) as well as the second person of the Godhead, equal to the Father and the Holy Spirit (John 1:1; Col. 1:15-19; Phil. 2: 5-11).

Islam/Traditional Judaism: Jesus in not God and man. Traditional Judaism says Jesus is not the Jewish Messiah as foretold in the Tanakh. Jesus may be simply regarded as a prophet or teacher but not divine. In the case of Islam, Islam’s founder is Muhammad who was forty years old when he began having visions accompanied by violent convulsions during which he received his revelation from Allah. His writings are called the Koran, which he claims were dictated to him directly by the Angel Gabriel. Islam states Jesus was never crucified, and therefore, never risen. The Qur’an was written some six hundred years after the life of Jesus which makes it a much later source of information than the New Testament.

Mormonism: claims to be founded on divine revelation. Joseph Smith, the founder of the Mormon Church, claimed to have received personal revelation from God on the basis of two visions, (the first allegedly given to him in 1820, the second one in 1823). The Bible asserts that Jesus is that He is uncreated (John 1:1-3; Col. 1:16-17) while the Mormon claim is that Jesus is a created being.

The Watchtower Society/Jehovah Witnesses: In the Bible, Jesus is the second person of the Godhead, equal to the Father and the Holy Spirit (John 1:1; Col. 1:15-19; Phil. 2: 5-11). This is rejected by Jehovah Witnesses.

Buddhism/Hinduism: are not theistic faiths, they are pantheistic (all is God). Therefore, they are already different from Christianity. Buddhism teaches that Jesus was an enlightened man, but not God. Hinduism says that Jesus was a good teacher and perhaps an incarnation of Brahman who is an impersonal, supreme being.

After looking at these claims, we need to ask:
1. If God wants the human race to come to know him, why create so many contradictory paths?
2. Does God want people to be confused?
3. If God is good, would it make sense that He would make one way that is clear?

Did Jesus Address This Issue?

Jesus made some very strong statements that challenge the issue of religious pluralism. It must be noted that after reading some of these statements by Jesus, the common response is that the reader cannot take these passages literally. The entire issue of what qualifies as literal and non-literal in the Bible falls into the category of biblical hermeneutics. Biblical hermeneutics is the art and science of biblical interpretation.This issue will not be addressed in this article. Needless to say, I suppose if Jesus really did say the following things and a person did take them literally, it would challenge them to face their autonomy before God. Here are some of Jesus’ statements. I am well aware that all these texts need to be studied in their proper context.

1. If anyone wishes to come after Me, he must deny himself, and take up his cross daily and follow Me. “For whoever wishes to save his life will lose it, but whoever loses his life for My sake, he is the one who will save it” (Luke 9:23-24).

3. For the status of those who are presently rejecting Him, Jesus said “He who believes in Him is not judged; he who does not believe has been judged already, because he has not believed in the name of the only begotten Son of God” (John 3:18).

4. Perhaps one of the most challenging statements Jesus gives is in Matthew 10:33-37, “But whoever denies Me before men, I will also deny him before My Father who is in heaven. Do not think that I came to bring peace on the earth; I did not come to bring peace, but a sword. “For I came to set a man against his father, and a daughter against her mother, and a daughter-in-law against her mother-in-law; and a man’s enemies will be the members of his household. He who loves father or mother more than Me is not worthy of Me; and he who loves son or daughter more than Me is not worthy of Me.”

While we do need to study these passages in their proper context, we can ask, if religious pluralists did believe Jesus is the Son of God, and His claims are true, would there still be a case for religious pluralism?