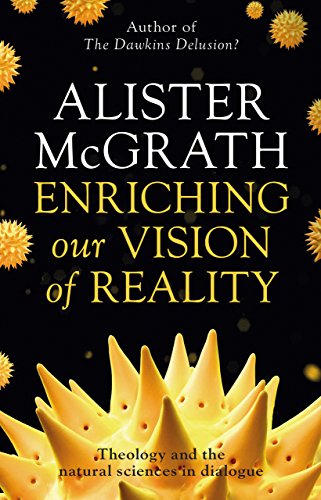 Here are some thoughts by Alister McGrath on things that go beyond our experience:

” Let’s develop an issue that has been important in recent debates between Christians and atheists. Is it rational to believe in something that lies beyond our experience? Why not just limit ourselves to what we experience and encounter in the world? It’s a great question. Science is all about observing the world. The movement known as Logical Positivism took the view that this was all that could be done. Science was basically about accumulating uninterpreted observations of the world and developing general summaries of these observations. What happens if our observations suggest the existence of certain entities that we cannot see? Physics may have begun with a naïve realism; it has, however, achieved its greatest triumphs by going beyond the observable, in a leap of imagination that goes beyond what can be seen. Isaac Newton, for example, found himself compelled to believe in the notion of gravity – something that could not be detected through any human sensory capacity. Why? Because his observations of the patterns of behaviour of falling objects on earth and the motion of the planets around the sun could all be explained if there existed some intrinsic capacity on the part of one object to attract another (‘gravitational attraction’). Although he was deeply uneasy about this notion, it seemed to work well in calculating planetary orbits.

Others, however, such as the philosopher and mathematician Gottfried Wilhelm Leibniz (1646–1716), were critical of such an unevidenced and counterintuitive notion. A related issue arises in connection with ‘dark matter’. The problem here is that theoretical calculations of the mass of the universe don’t match those that arise from observation. For this reason, the notion of dark matter was proposed. Basically, it is material that is believed really to be there (indeed, it would make up the vast bulk of the universe); it’s just that it can’t be seen. We are caught up in a firefight between those who defy reason and those who deify it. Reason, when all is said and done, is an excellent critical tool but an inadequate foundation for securing reliable human knowledge. To be rational is not to be limited to the severely truncated and inadequate world of what human reason can allegedly prove; it is to recognize the limits of reason and work within them, while at the same time trying to work out ways of transcending them.”-Alister McGrath, Enriching our Vision of Reality: Theology and the natural sciences in dialogue